Did you know God can supernaturally turn your story around?

The supernatural season of Purim is when God does miracles and changes how your story will end. No matter what you might be facing right now God has a way to turn it around for good!

This season of Purim happens in the month of March! And we believe this is your appointed time for breakthrough!

Purim is the celebration of the story of Esther and the supernatural and miraculous deliverance of the Jewish people and it is an example of what God still does in our lives today!

The story is recorded in the Book of Esther and the interesting fact is God’s name is never mentioned. It almost wasn’t included in the Old Testament for this reason.

But God had a purpose behind not having Himself mentioned. . .

This story is extremely significant because it tells of how God is truly in charge of our lives supernaturally! The name Purim comes from the Persian word Pur, which means “to roll the dice or cast lots.” Make no mistake; God is in charge of your life and isn’t just a roll of the dice.

Enter your email below and receive the following!

While the Jews were in Persian captivity, after the destruction of the temple in Jerusalem, Cyrus was king.  He had no hatred of the Jewish people and granted them their freedom. Scholars record that only 5% returned to Jerusalem, while 95% chose to remain.

King Cyrus dies, and a new king, Ahasuerus, who hates the Jews assumes the throne. Cyrus had granted freedom to the Jewish people because of the prophet Jeremiah’s declaration of their release after 70 years.

King Ahasuerus, who also knew of the prophecy thought the time had passed.  He believed, as did his counselors that God had forsaken the Jewish people.

.  .  . He brought in furniture, implements, bowls, cups and holy vessels from the temple and used them to honor his pagan gods.

While the king and his guests were having their drunken party, a group of Jews came in and saw the desecration of their sacred vessel. Queen Vashti held her own celebration among the women.

Towards the end of the party, King Ahasueru, who was very drunk at that moment, asked his wife, Queen Vashti to come in and be seen with her royal crown on and to show offer her beauty.

But she refused his request.

She paid for her choice with death. After some time had passed, King Ahasuerus searched for a new queen.

The process lasted 4 years and culminated in an ancient “beauty contest” that took 12 months.  A young, beautiful, woman, a hidden Jew, emerged. She came to the kingdom and was chosen by the king as his queen.

Her uncle, Mordecai, also a Jew, already was serving in the king in his household.  He worked with other servants and uncovered their plot to poison the king.  He exposed them, and they were arrested and executed. The king’s life was saved.  He had no idea who had interceded on his behalf.

At the same time that Esther became queen, Haman, a descendant of Agag was elevated to the position of second in command in the king’s court. He, like his tribal ancestors, hated the Jews.

Because of his influence and knowing that Jews refused to bow down to any other God but Jehovah, he had the image of a pagan god placed on the front of his uniform.

When a small group, including Mordecai, refused to bow down to him as a representative of the king, he reported them and had the king sign an irrevocable death decree for anyone who did not comply. This decree was to sentence them to death!

I shared with you earlier that the Persian word Purim means “the casting of lots.”  Haman considered the decree a personal victory and decided to celebrate.

In making his decision about the decree Haman rolled the dice. . .

The number on one side came up 133 – the numerical value of Agag.

Haman believed it proved that:

On the reverse side of the dice the number 644, or the numerical equivalent of King David’s name appeared which meant:

Because of the king’s decree and its danger to Esther and the Jewish people, Mordecai told Esther to go and admit to her husband that she was a Jew.

She could be removed as queen. She could also lose her life because of the death decree Haman had put in place, signed by the king.

Yet Mordecai reminded her that she had been born for “such a time as this.”

God would protect her and her people. (Which is why we call it the supernatural season of Purim)

.  .  .  this was when the supernatural season of Purim began.

She decided to go to see the king unannounced.  That was a dangerous decision.  She put on her best outfit, did her make-up and walked into the king’s chamber.

By a miracle of God HIS HEART MELTED WHEN HE SAW HER . . .

“What can I do for you?” he asked.  “Can we have dinner and spend time together tomorrow night?” she said.  The king responded, “Is that all you want?”

Esther waited and then responded, “I would like Haman to come to dinner as well.”

She left, and the king went to bed but could not sleep.  He called for his servant to bring him the chronicles of the kingdom.  As he read he saw that Mordecai had uncovered a plot and saved his life.  He realized that nothing had been done to reward him.

The next morning he called for Haman.  The king said to him “There is a man you need to honor.  He is loyal, trustworthy and has rewards coming to him.  Put my crown on his head.

The king ended his instructions to Haman with the command, “Do it this afternoon.” (Haman thought the “great man” was himself)

What an assignment Haman had.  He had lots to do to get ready for what he thought was his “big day.”  He went home and told his wife and kids, “This afternoon I’m going to wear the king’s crown, his robes and ride his horse.

When you see us coming by our house, throw all of the refuse and garbage from the balcony onto Mordecai.”

Haman returned to the king to tell him all had been prepared.

“Majesty, the crown is in my possession, the robes are ready, and the horse is waiting for his rider.”  “Wonderful” the king responded .  .  .

What a reversal of fortune!

God had been working behind the scenes.  He had turned everything upside down!

It will amaze you the twists and turns that led to Haman’s destruction and the supernatural, miraculous deliverance of Esther, Mordecai and the Jewish people.  Here are just some of the highlights:

Never miss an appointed time of God! Click on the image below to download a free copy of our Hebrew Christian Calendar!

You need to know something significant.

God is working in your life behind the scenes to turn your story upside down. It is the supernatural season of Purim.

Don’t limit what He can do or how He can do it. I want you to receive God’s supernatural, miraculous power for your life, right now.

God has brought you and me together for such a time as this. During the appointed time of Purim and Adar, you can’t even imagine what God is doing for you behind the scenes.

Receive the joy, good fortune, and blessings He has for you. He is turning your story upside down!

Enter your email below and receive the following!

Rosh Hashanah and the Last Trump

We are living in amazing times, prophetic times. Right now, there are many signs that the coming of the Lord is nearby. Biblical birth pangs that the return of the Messiah is coming soon are happening virtually every day.

Elul: A Time To Draw Near To God

As governments have shifted, pandemics have increased, weather patterns have reached epic proportions, and the economies of the United States and other countries have dramatically shifted, everyone is looking for answers.

7 Churches of Revelation – God’s Message to the Church

As governments have shifted, pandemics have increased, weather patterns have reached epic proportions, and the economies of the United States and other countries have dramatically shifted, everyone is looking for answers. 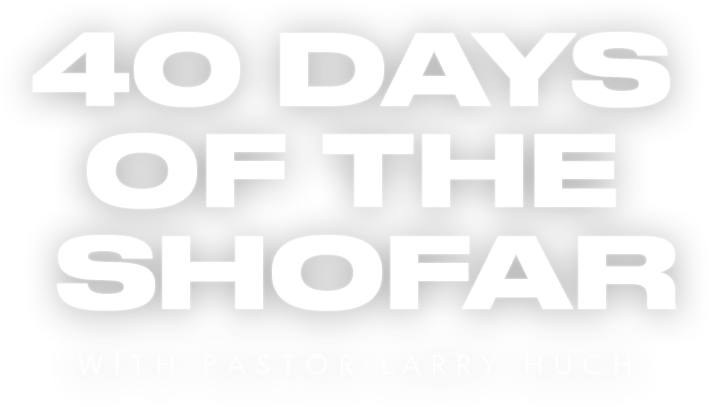