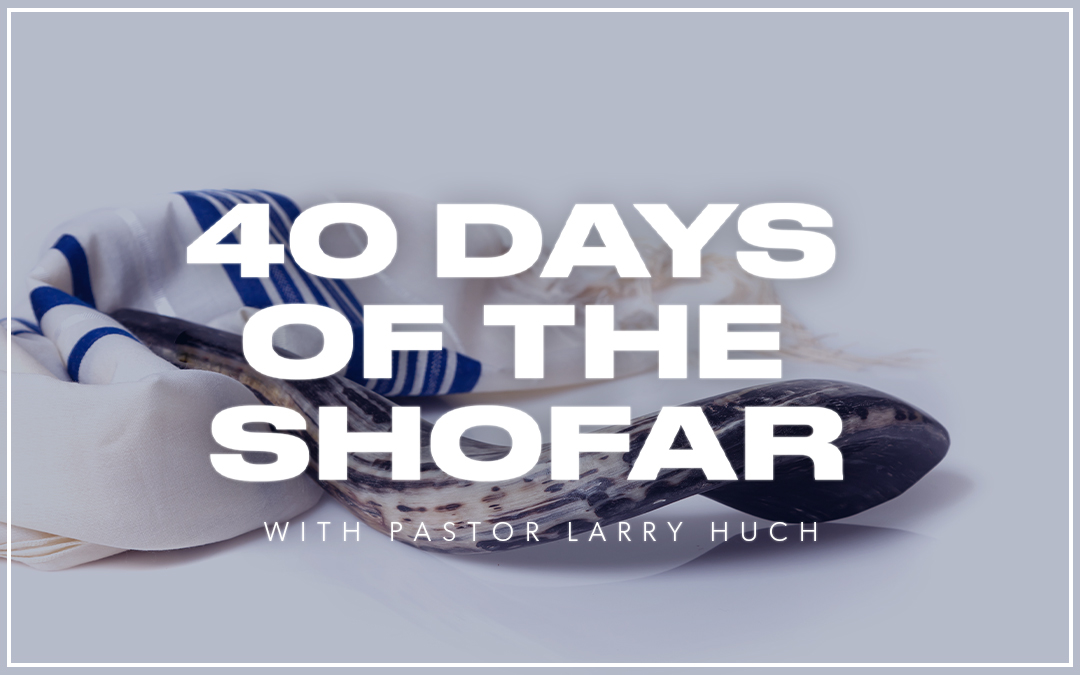 One of the ways God gives us to fight this from happening to us is with the shofar (God’s trumpet) – a powerful weapon of your spiritual warfare. The Bible teaches when you blow the shofar you will:

• Awaken from spiritual slumber and spiritual sluggishness.
• Get back on track with loving God and loving people.
• Be reminded that God’s appointed time for blessing is approaching.
• Break the power of deception so you can see clearly.
• Defeat the enemies that have been coming against you.

Once you discover the revelation hidden in these biblical holidays, you will walk in a whole new level of wisdom, anointing and blessing! Now, on God’s calendar, we are approaching Sukkot — the “Feast of Tabernacles” — when God comes to tabernacle with us. This is when we rejoice in the Lord and thank Him for all He has done and all He has provided.

How often do people judge a book by its cover? When God was going to pick a king, the prophet came and Jesse brought out all the good looking sons, the muscular sons and the educated sons. He didn’t even think to bring in David, the son that God had chosen.

There is a well-known fictional story about a couple who wanted to donate money to an East Coast university. When the board saw the man wearing bib overalls and his wife in a shabby dress, they said, ‘Oh no, go away.”

So the “farmers” went out and founded their own university. They named it after their son, Stanford. The board members only saw the outward appearance. They never knew, until it was too late, that the couple was worth a fortune! While the story is fiction, it is a great illustration.

Beginning in the Hebrew month of Elul and through Rosh Hashanah and Yom Kippur, the Day of Atonement, the shofar has is sounding. It’s a call to return to loving God and loving people. This is also the appointed time for God to move powerfully to break every curse, defeat every enemy and remove every hindrance to your spiritual and financial growth!

Tekiah Gedolah (pronounced geh-DOH-luh), tekiah gedolah is a triple tekiah, three consecutive blasts of three seconds each, for a total of nine seconds and continues for as long as you can. It is usually the last shofar call. This long blast usually announces the end of the holy day of Yom Kippur.

Tekiah Gedolah (pronounced geh-DOH-luh), tekiah gedolah is a triple tekiah, three consecutive blasts of three seconds each, for a total of nine seconds and continues for as long as you can. It is usually the last shofar call. This long blast usually announces the end of the holy day of Yom Kippur.

Shevarim (pronounced sh-VAW-reem), is a tekiah broken into three one-second segments. The sound of the shevarim means “broken ones” or “breakings.” This hints to the breakthrough God has for us especially during the appointed fall season. It’s a reminder of ‘teshuvah,’ when we return to God and fulfill the potential we have in Him. It’s a time to examine ourselves in how we are treating our relationship with God and with others. The Lord wants to help us break free from negativity, selfishness and any hardness of ego and pride. When the shofar is sounded as a weapon of our warfare it will begin to scatter these and other enemies and begin to release a powerful spiritual breakthrough in our lives. This is always accompanied by a return to tzedakah-when we reach out to others with acts of kindness, benevolence and blessing.

Tekiah (pronounced t-KEE-uh), tekiah is a straight, unbroken blast lasting three seconds. The tekiah shofar blast — is the sound of the King’s coronation. The word tekiah means to sound a horn, but it also means to drive a stake firmly into the ground. In other words, it signals we are to let the Spirit of God and the Word of God penetrate deep within our spirit and soul. The sound draws us back to the revelation that there is but One True God who is the King of kings and the Lord of lords. Jesus may well return on the Feast of Trumpets, as the blowing of the shofar that signals the coronation of the King, is blown to proclaim His return. I Thess. 4:17

Blow the trumpet in Zion and sound the alarm. The Feast of Trumpet, Tabernacles and Sukkot are the last of the times when we bring the First Fruits offering. Why do we blow the shofar?

Blow the trumpet in Zion and sound the alarm. Now is the time of Elul leading up to the celebrations of Rosh Hashanah, Yom Kippur and Sukkot. Don’t miss this exciting time.

No comments to show.